I have a PhD-degree in History, and work as a teacher and an academic advisor at the Department of History.

The Old Norse sagas interest me, preferably in relation to a historiographical approach of how the sagas have been used. I am also working with fictive kinship in the Old Norse sagas in a large project exploring how the early hominid brain evolved from its beginnings 3-5 million years ago to the modern human.

I teach different courses, for the moment on Swedish history (in English), as well as bachelor theses in History. I am responsible for our on-line courses, and have taught on Scandinavian culture.

I work as an academic advisor at the department, guiding students in their studies and informing them on admission and requirements, degrees, international studies and careers. I am the instructor for our SI-leaders and contact person for student with disabilities. Study guidance is referred to Academic advisor Frida Nilsson during the autumn semester 2019.

My research lies within the field of collective memory, history writing and history culture. How the past – or images of the past – is constructed and built, as well as rejected. What is considered important, and how do these values change over time?

In one example of an international, interdisciplinary project on negotiating the pasts, the participants discussed how the past has been made meaningful and relevant in later periods, as a process of developing consensus or causing conflicts with one’s contemporaries. The results are available in Negotiating Pasts in the Nordic Countries. Interdisciplinary Studies in History and Memory Memory (eds. Anne Eriksen & Jón Viðar Sigurðsson, Nordic Academic Press, 2010).

I am also working with fictive kinship in the Old Norse sagas, and was rewarded a Visiting Fellowship from the British Academy to visit Professor R.I.M. Dunbar at the University of Liverpool. Professor Dunbar, now Professor of Evolutionary Anthropology at the University of Oxford, was one of the project leaders of the British Academy Centenary Research Project: “Lucy to Language: The Archaeology of the Social Brain”. This interdisciplinary project is exploring how the early hominid brain evolved from its apelike beginnings 3-5 million years ago to the modern human. I analyse if kinship is related to an individual’s decision to use violence or not, by focussing on fictive kinship in the Icelandic sagas. Oxford University Press published Social Brain, Distributed Mind (eds. R.I.M Dunbar, C. Gamble and J. Gowlett) in 2010. The project continues to publish analyses, most recently in the article "Family Counts: Deciding When to Murder Among the Icelandic Vikings" i Evolution and Human Behavior, written by M. Palmstierna, A. Frangou, A. Wallette & R.I.M. Dunbar.

Other tasks and qualifications 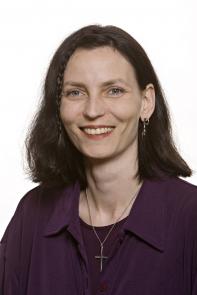